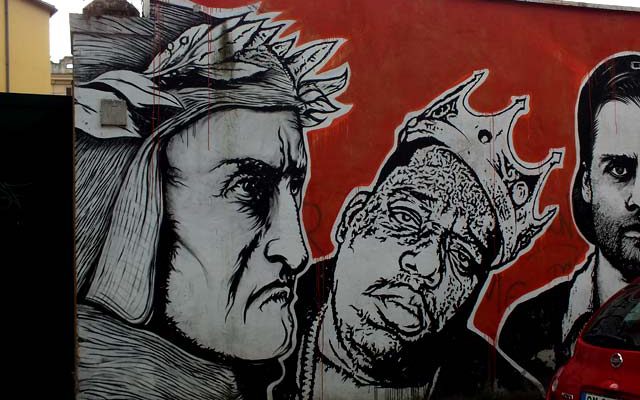 Italian Graffiati “Graffiti“- Graffitiism spread in the seventies, especially in the United States.
The tools used are spray cans, in order to produce a spontaneous and unconventional art, to break with the past. The favorite places for this art form were walls and subways. It was born as a phenomenon of revolt by the young people of the great US metropolises, in particular, New York. The graffiti artists, gathered in gangs, dirtied the city to protest against the society that marginalized them. In the eighties some gallerists decided to open the doors of the art market for graffiti and made to reproduce graffiti, writings, figures on canvas.

The most famous exponent of Graffiti Art was Keith Haring, who after a solid artistic formation joined the graffiti, painting the unsold advertising spaces of the subway stations.
Haring was very polemical about technology, so he painted televisions and computers as power-hungry monsters that threaten mankind. 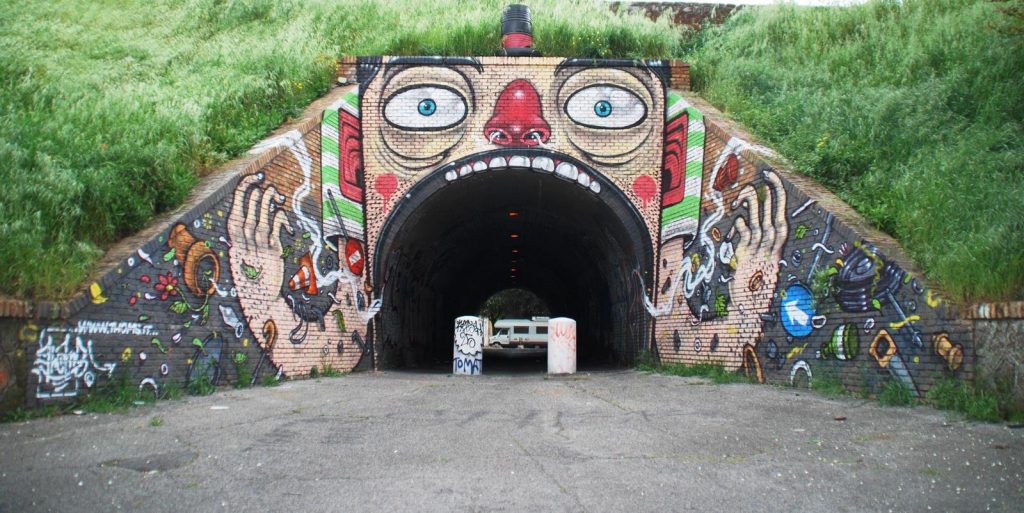 The idea of creating this mural was born when Keith Haring, in 1989, met a young Pisan student on the street in New York. The theme of the mural is harmony and peace in the world, it can be seen in the joints of the figures that cover the 180 square meters of the wall of the convent of St. Anthony.

Each character represents a different aspect of peace in the world: the humanized scissors depict the collaboration of men to defeat the snake, or evil, which is eating the head of the figure next to it. The woman with the child in her arms signifies the idea of motherhood, while the man who supports the dolphin means the relationship of men with nature.

Use bold colors and colors, recovering in part the colors of the palaces of the historic center of Pisa, so as to make the work best suited to the location in which it is located. To perform the mural took a week: on the first day Haring draws the black outline line of the figures alone without using a preparatory sketch; then in the remaining days, helped by some students and artisans of the Caparol Center, who supplied the paints, he painted the mural.

The title of the mural is Tuttomondo, a word that sums up its constant search for a meeting between people. All 30 characters in the mural have the vitality and energy of Haring. A few months after the creation of this mural Keith Haring dies of AIDS. 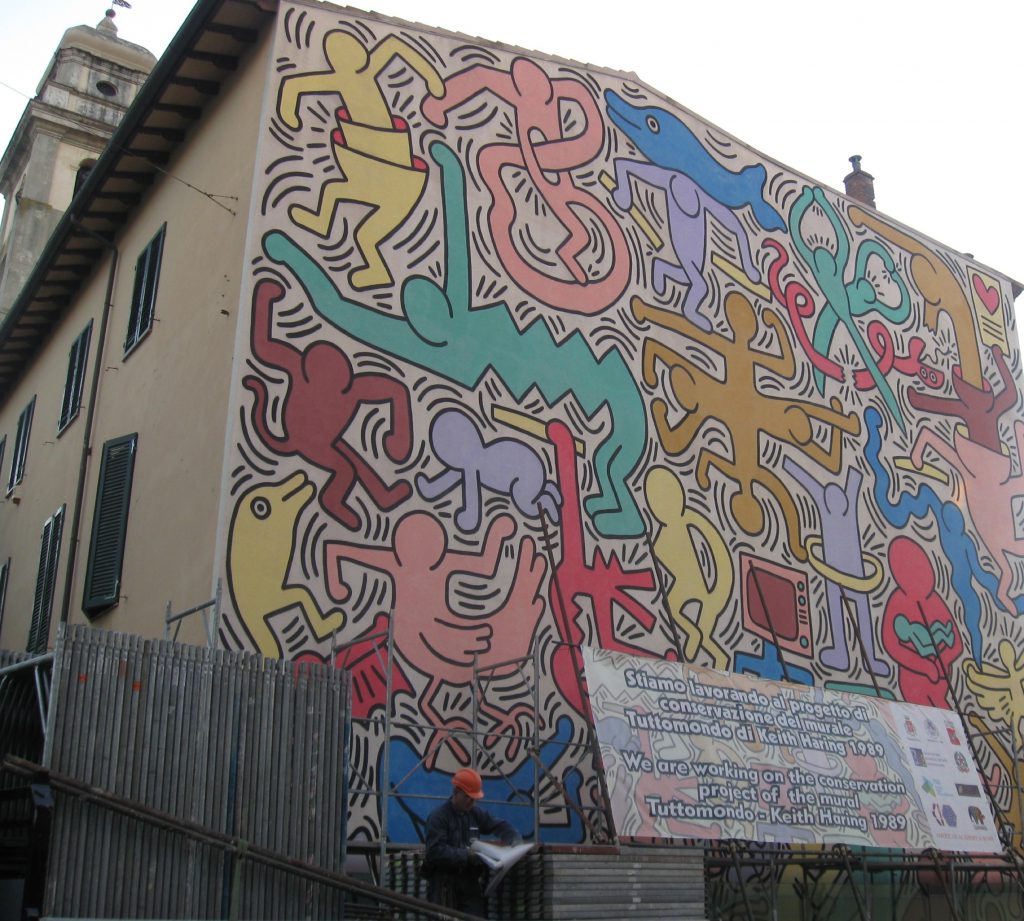 In Italy there are never missing painters, famous sculptors and artists, so they could not miss even street artists of excellence. As already described, one above all is Keith Haring who created one of his latest murals in Italy, in the city of Pisa. The mural is titled “Tuttomondo” and can be admired passing by the church of Sant’Antonio Abate. The famous artist of the “colored men” made this work in 1989.

Then it is the turn of the Capital of Italy, in fact in Rome often you can admire beautiful graffiti, scattered around the city, color the facades of the buildings and give color and light to disused buildings, which become the basis for beautiful works of street art.

In the eternal city, for example the wonderful graffiti of the Italian artist Blu, you can admire every day in the Ostiense area. Blue has repainted the façade of the former Aeronautics barracks, exploiting the windows and doors as if they were the eyes or the mouths of the painted subjects.