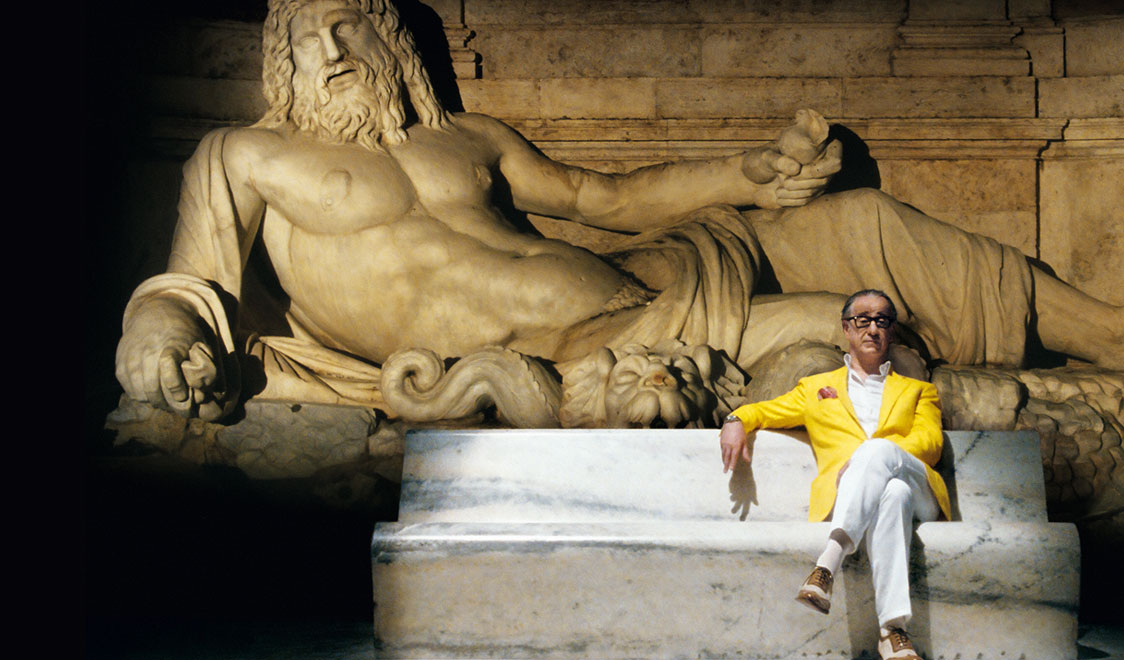 Directed and co-written by Paolo Sorrentino, The Great Beauty is an awesome portrayal of listless luxuriance and a fantasy of decadent wealth and beauty that somewhat evokes Federico Fellini’s 1960 movie La Dolce Vita. The Great Beauty, La Grande Bellezza in Italian, is a fascinating comedy-drama that can be described as an homage to that feeling of Roman-ness so outstandingly captured in Federico Fellini’s 1960 masterpiece.

Sorrentino’s The Great Beauty won Best Foreign Language Film at the 86th Academy Awards, as well as the Golden Globe and the British Academy of Film and Television Arts (BAFTA) award in the same category.

We take you on a sightseeing tour based on the most iconic movie locations of The Great Beauty.

Via Veneto in Rome, Italy.

Via Veneto winds its way from Piazza Barberini to the Porta Pinciana at the Villa Borghese gardens. A central location in The Great Beauty, Via Veneto is home to some of Rome’s most expensive hotels, restaurants, boutiques and luxury shops. During the Roman Empire, this area was populated by the richest families and became an extremely popular location again in the 1960s, as it was the road that acted as a main setting for Federico Fellini’s La Dolce Vita. This area may not be as famous now as it was during its heyday, but it is still the premier street of this district.

The Park of Aqueducts in Rome, Italy.

The Parco degli Acquedotti is a public park in Rome. Thanks to its proximity to Rome’s movie studios Cinecittà, this park is frequently used as a film location and the most memorable scene is the opening shot of La Dolce Vita. The Park of Aqueducts appears in Sorrentino’s The Great Beauty too.

An image from Sorrentino’s The Great Beauty.

Rome’s watery artery, the River Tiber is the location where Romulus and Remus were abandoned to die and rescued by a she-wolf. The river flows through the city of Rome and enters the Tyrrhenian Sea near Ostia Antica. It has become as iconic as many of Rome’s monuments.

The Great Beauty movie locations: the Baths of Caracalla

The Baths of Caracalla are some of the most massive ruins in Rome. This 28-acre complex could accommodate over 1500 bathers at a time. The Terme di Caracalla were the second largest Roman public baths built in the city of Rome, during the reign of the Emperor Caracalla. 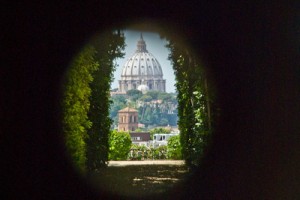 St. Peter from the keyhole.

On the Aventine Hill, Villa del Priorato di Malta hosts the embassy of the Order of Malta and is home to the Grand Priory of the Sovereign Military Order of Malta. Originally a Benedictine abbey, the Villa is now famous for a keyhole of the central entrance, through which you can enjoy a stunning view of Saint Peter’s Basilica from a distance.

Famous for its concave façade, Sant’Agnese in Agone is a Baroque church which faces onto the Piazza Navona, one of Rome’s most famous and liveliest squares, located in the historic center, west of the Pantheon. In the crypt you can see a marble relief describing the story of Saint Agnes, the martyr of the church.