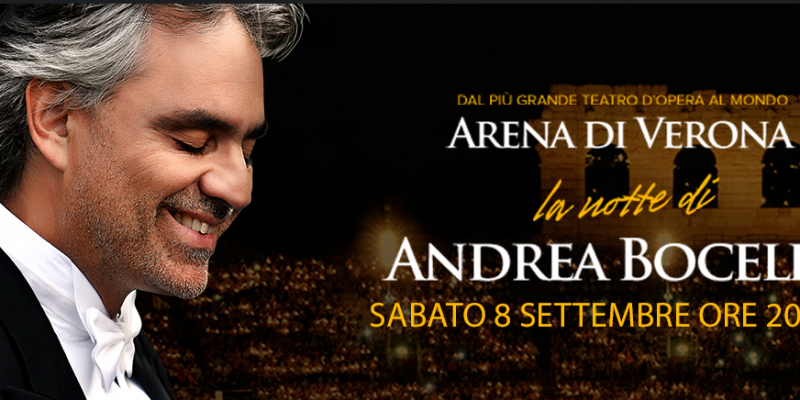 The event, presented by the master at Palazzo Barbieri, will be part of the “Celebrity Fight Night Italy” solidarity marathon, to its fifth edition, to raise funds for the Andrea Bocelli Foundation projects and for the Muhammad Ali Parkinson Center.

That evening the Arena will host 400 artists including the orchestra and choir of the Arena Foundation. Among the artists who will join Andrea Bocelli live in Italy, there will be Carla Fracci, Isabel Leonard (US mezzo-soprano), Aida Garifullina (Russian soprano), Sergei Polunin (Ukrainian dancer and actor) and Leo Nucci (Italian baritone). The event will be conducted by Milly Carlucci and filmed by RAI cameras for a subsequent airing.

The show will cross the history of opera music and tell its librettos. In performances not only musical excellence from around the world, but also sports and entertainment characters.